AMERICANA - Country Blues, Bluegrass, Newgrass, Roots and Folk. Riding high with the #2 CD of the year on the EuroAmericana Charts, Martha Fields (USA) singer/songwriter/guitarist is touring with Manu Bertrand (dobro, mandolin, banjo, guitar and harmony vocals), Olivier Leclerc (violin),  Urbain Lambert (guitar and harmony vocals) Serge Samyn, (bass fiddle and harmony  vocals) and Denis Bielsa (drums).  The band is touring Europe in 2019 & 2020 and excited to be playing festivals and venues across France, Spain, the Netherlands and the UK. (Continue reading below for bios, photos and music.)

Martha FIELDS (USA) is an award winning singer / songwriter who has deep roots in both Appalachia and Texas. At a very young age, she started singing bluegrass and country music standards sitting on her mother’s lap in the hills of Appalachia. Born with folk and country music in her blood, she comes from a long line of singers, musicians and luthiers from the hills of eastern Kentucky and West Virginia. A self-taught guitarist, Marty began writing songs at a very early age. During her career, she has shared the stage with Ricky SKAGGS and Merle TRAVIS and after two successful tours in Europe (France, Switzerland, Spain), Marty spends part of the year in Bordeaux, France. Marty puts her heart and soul into every song with her strong, emotionally charged, and authentic  voice; she is able to transport every audience on a musical journey to the southern United States. She is the real deal!

Urbain LAMBERT, renowned touring bluegrass and country blues guitarist for over 35 years. Urbain is also a composer and vocalist singing in both French and English.

Serge SAMYN, bass fiddle, provides the pulse, harmony and rhythmic foundation for the trio. Bassist for the group TEXAS MARTHA AND THE HOUSE OF TWANG, he has also joined Martha in this acoustic trio. Bass player in several jazz and blues formations, he has accompanied several prestigious jazz musicians: violinist Didier Lockwood, the trombonist Phil Abraham, saxophonist and trumpeter Bradley WHEELER. Formerly, he was bassist  in the JFC big band and accompanied bluesman Terry Brisack. He contributed to the recording of several albums: '' Made in JFC '' '' Explosion '' '' Mosquito '' Coast ', "Long Way from Home" (Texas Martha and the House of Twang).

Olivier LECLERC, began playing violin at the age of 4.   Classically  trained, Olivier is now passionate about improvised music and diverse musical styles.  He has recorded several albums and  performed throughout France and Canada with his own trio and has played with Dick Rivers, Didier Lockwood among many others. Also a composer, Olivier has performed at some of the top venues in France such as l'Olympia and Zenith in Lille. 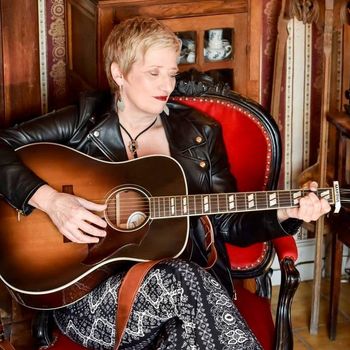 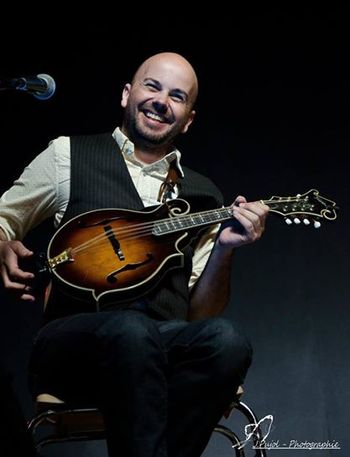 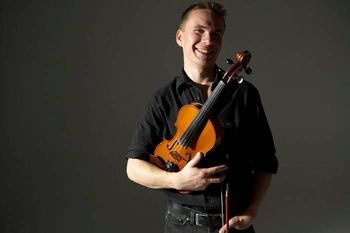 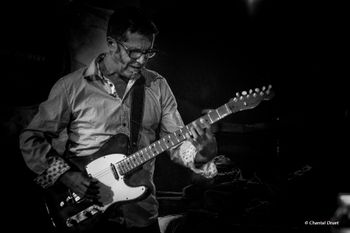 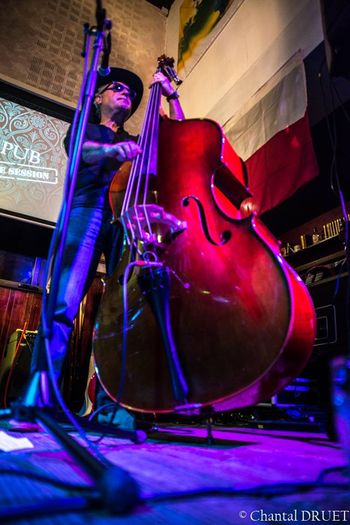 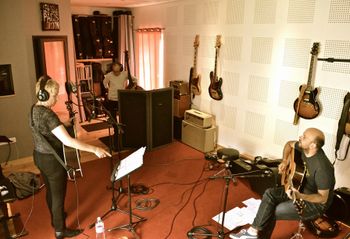